We won the FIRST PRIZE

White Ribbon is the symbol of a movement against gender violence which started in Montreal, Quebec, Canada, where a massacre of 14 women took placed on December 6, 1989. Since then, the movement has spread to 57 countries in the world including Vietnam. However, the local campaigns against gender-based violence in Vietnam so far have been going on without a systematic visual identity apart from the White Ribbon logo.

In May 2019, the Ministry of Labor, Invalids and Social Affairs (MOLISA) and the United Nations Population Fund (UNFPA) jointly organized a national contest of visual identity design for the annual month of actions for gender equality and against gender-based violence. The contest drew participants from all parts of Vietnam including us Luck House company. The jury of the contest consisted top experts in arts including the principal of the Vietnam University of Fine Art.

An we won the contest! On September 24, we were awarded the first prize in a ceremony by MOLISA. At this ceremony, the visual identity set we had designed was officially introduced to the public. 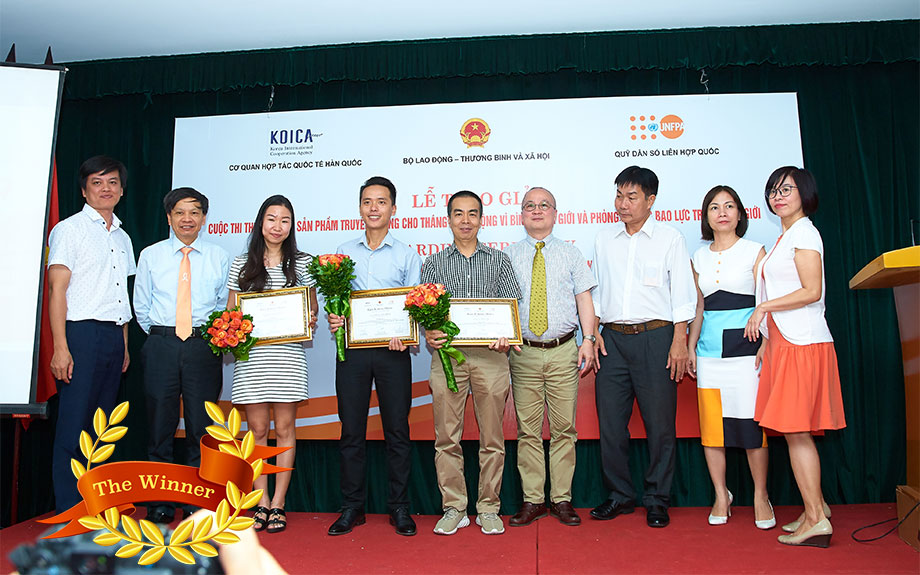 Our Creative Director (in the middle) received the award from MOLISA and UNFPA on September 24, 2019

Our design set is characterized by a consistent wave pattern in orange gradient to enhance their unity and identity in a dynamic way. The pattern is made of soft wavy curves which symbolize feminineness of women who are the main subject of the White Ribbon campaign. Moreover, the pattern creates a visual impression of movement thus making White Ribbon items look lively and more appealing to viewers. Its curves match well with the soft outline of the heart encasing the White Ribbon in the campaign logo. It is used in the design of most items in the identity set which include the following: 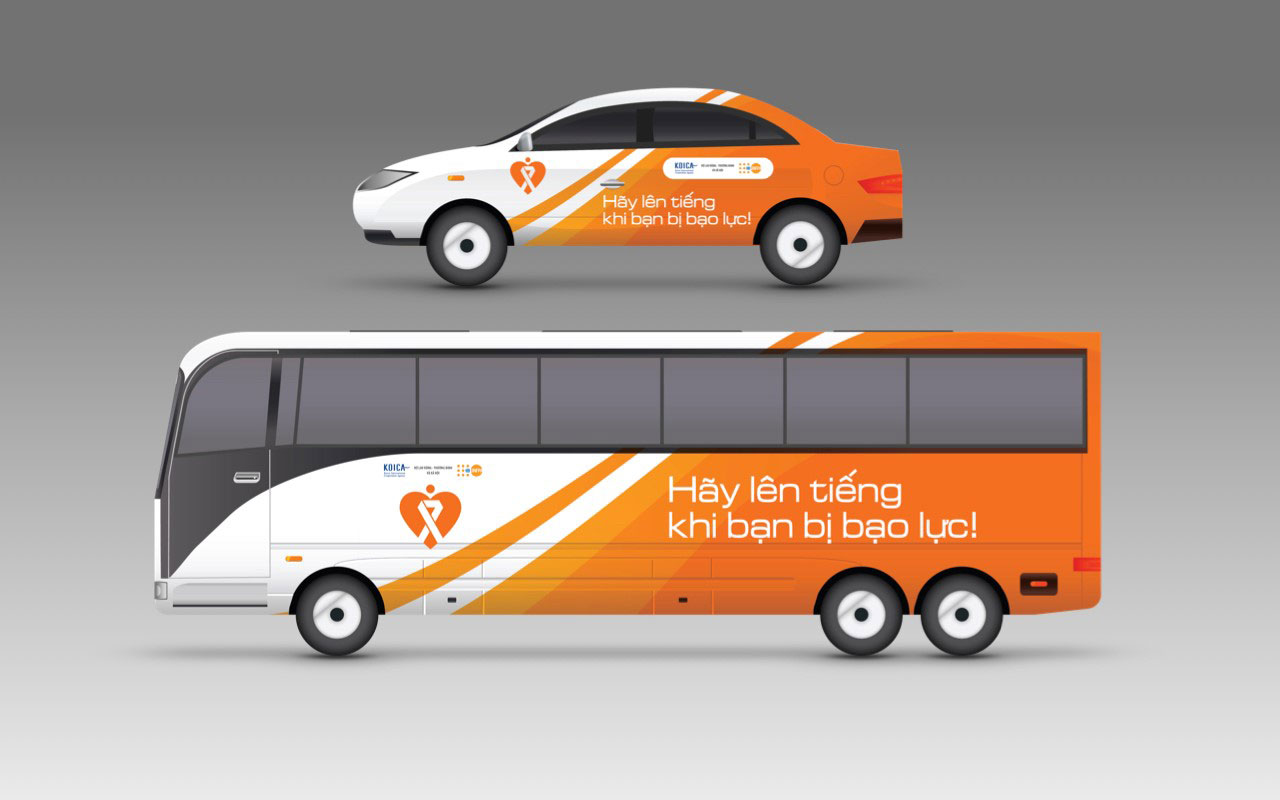